Between Europe and the Black Atlantic 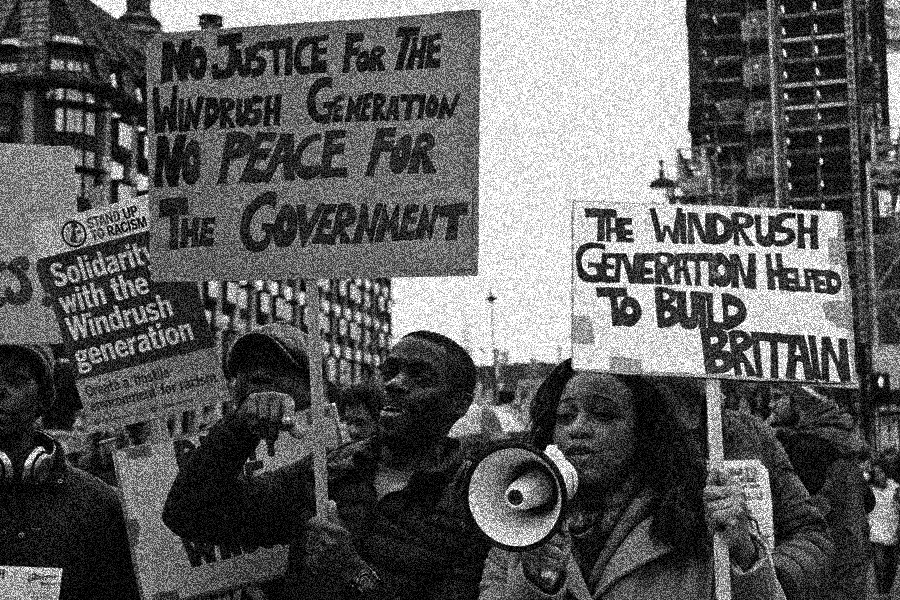 June 2018 marked the seventieth anniversary of the voyage of the former troopship Empire Windrush, arriving at Essex’s Tilbury Docks with over 1000 passengers, including over 500 Jamaicans. Their arrival in 1948 has come to stand for a new phase in the history of Britain, and there remains a widely-held perception within political and popular audiences that ‘multi-cultural’ Britain began with this coming of Caribbean people after World War II. The months leading up to the anniversary have been marred by what has become known as “the Windrush Scandal;” the realization, reported initially in the mainstream media by The Guardian, that Caribbean people who formed part of the Windrush generation were being detained, deported, and denied access to vital services such as health care because of an increasingly “hostile environment” that sought to target individuals by requiring impractical levels of documentation to prove they had the right to live in Britain, whether they were British citizens or not. Though the brutality of the policy has most forcefully fallen upon the shoulders of elders from the Black British Caribbean community, it is a potential threat to the security of all former Commonwealth citizens whose status as colonial subjects and British citizens has been made and unmade by successive British governments legislating the changing face of empire.

It is empire that so closely links the Black histories of Europe: exploration and exploitation; global economic networks; the trans-Atlantic slave trade and plantation slavery and the parallel presence of Black people in Europe as enslaved workers, servants, colonial laborers, political and anti-racist activists, parents, children, brothers, sisters, neighbors, and, eventually, citizens in Europe and European citizens. It is a history that is long, complex, and still relatively little understood. The work of African American historians and cultural theorists has played an important role in the development of Black historical research in Britain, but one key historical and theoretical connection between Black Europeans is the history of European Empires. This is a legacy that makes Black British history a part of the Black Atlantic and of Europe. Yet, these interconnected histories are still easily ignored in the “island stories” the British retell themselves. Partly because of this isolationist approach to British historical narratives, Black history remains marginalized in the popular imagination and academic history teaching. It is perhaps why the Windrush Scandal has come as such a shock to some, whereas others are not surprised that a nation which has had such difficulty critically addressing its racialized past finds itself treating its Black citizens with such little respect.

Konscious Mind is a weekly email letter for people of African descent. Our stories focus on Economics, History, Education and Politics.